Techarticles.Me – Samsung Galaxy Fold officially. What can be done folding smartphone? We didn’t have to wait long for the official announcement of Samsung smartphone. Some time after the presentation of the prototypes, we have the Samsung event 2019, in which futuristic devices are displayed first.

The Conference started with a pretty interesting video material, where the equipment was presented with artistic ways of her debut. As soon as she started talking about the details of the Samsung Galaxy Fold – because it’s called a phone unique. 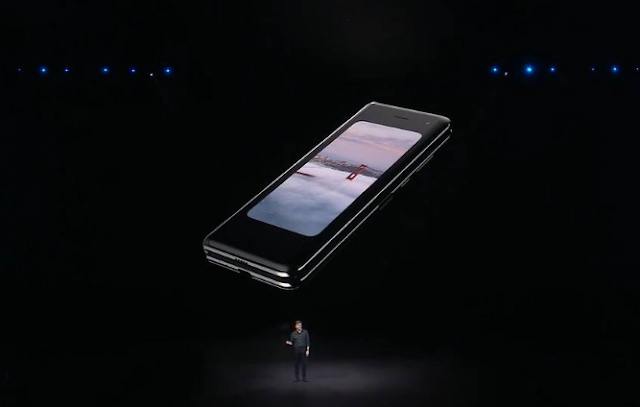 Let’s start with the display, which of course have two sizes. With a folded Fold Galaxy smartphone can boast of 4.6 inch diagonal display (and unfortunately a big frame, which, unfortunately, does not look very good in its entirety), but when it opened, we had a 7.3-inch screens that are available. 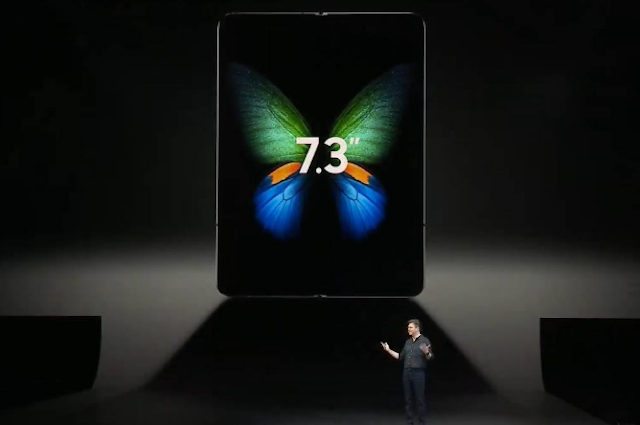 A mobile phone that is folded will be available in four variants of color – this is the  “cosmos black “,  “silver space “, Martian green   “and” astro blue  “. Their name sounds a bit extravagant, you can see the color visualization on screenshots below. 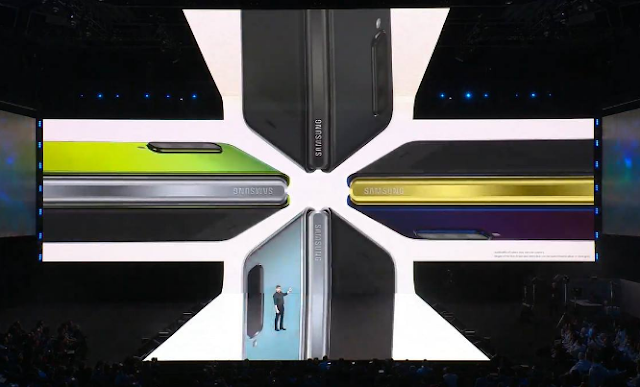 After the equipment is opened, the workspace will be available to us, where we can run three different application and use it in a moment.

YouTube, WhatsApp, and browser are presented on stage. Samsung also praised Google’s Android system adapting because with new technology, so there is no problem with handling, for example, Google Maps in two modes screen.

Of course, the specifications of the phone is folded yet forgotten. It will be powered by a  “sophisticated 7nm processor ” and 12 GB of RAM. In addition, users will be given a 512 GB of internal memory. How the battery case solved? 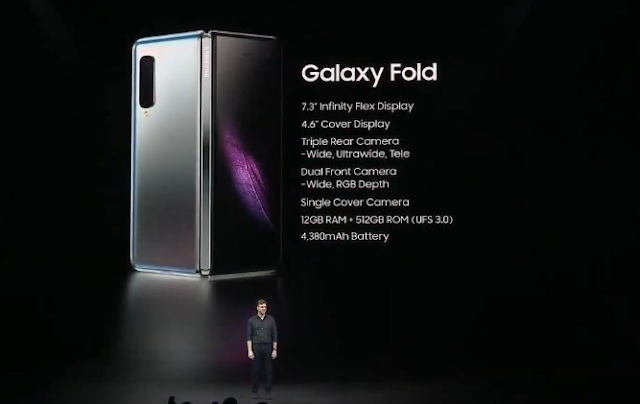 The battery will become two-one for each side of the smartphone. Their total capacity will be 4380 mAh. Maybe for a few days ahead we will learn a bit more about how much they can endure during use. 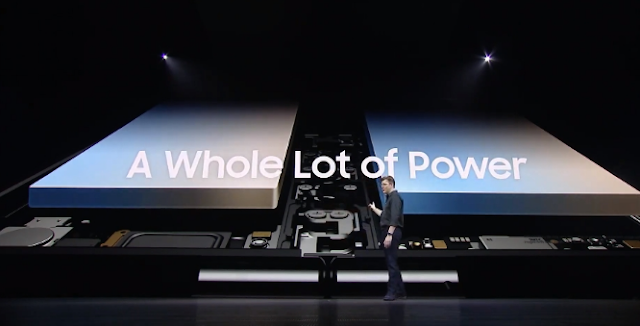 Galaxy Fold also will be equipped with six cameras. The three lenses will be on the back, two in the Middle, and another one at the front of the device-but no details known about them. After the presentation applied to sub-assemblies, featured smartphone in action. 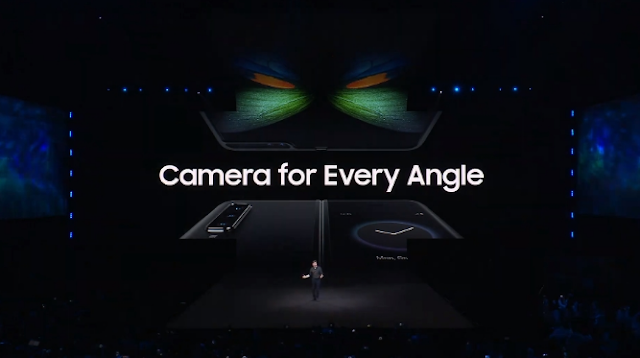 We saw an employee of Samsung’s latest Korea, holding in his hand. Concerns from the initial announcement has been confirmed-frame with a very large and complex equipment in its entirety does not look good. During the presentation, Google Maps launched and shows the transition quickly from a small external screen to a larger inside. 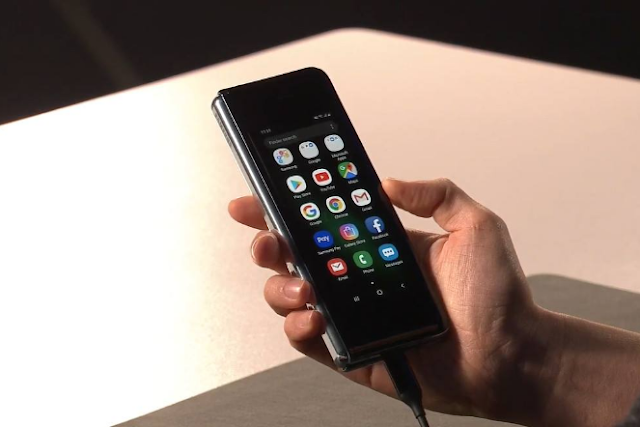 No problem also opened three applications and without its complications. I have to admit that his own impressive technology and viewed the possibilities of modern electronics. 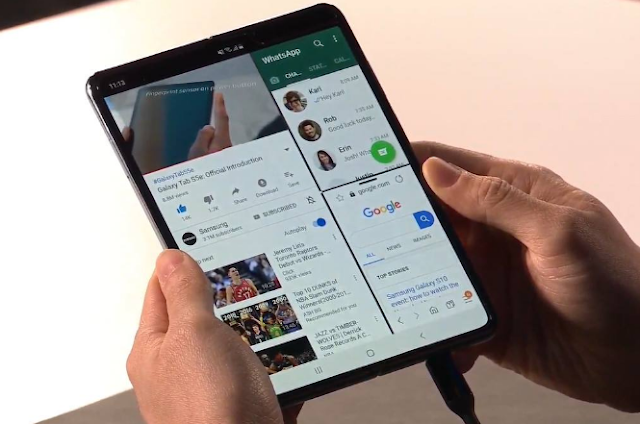 The price of Galaxy Fold will start from $1,980-as has been said several times during the presentation, these luxury phones. Like the packaging, which is said to have been carried out with great care. Premiere will take place on April 26, 2019. 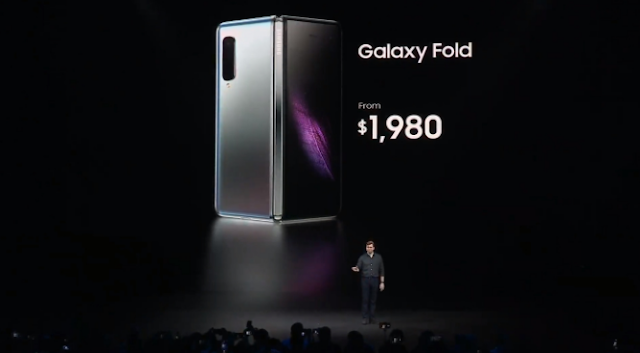