Techarticles.Me – Apple wants to get rid of hated iPhone features. As expected, the new iPhone 11 and 11 pros are not revolutionary in any way. Revolution – according to the current main cycle – will only be carried by the device next year. It seems that Apple will get rid of its features, which are rarely liked by anyone.

“One of the prototypes of Apple smartphones planned for the year 2020 will be equipped with a 6.7-inch display with FaceID and TrueDepth cameras-all hidden in the frame above the screen “, we read in tweet Ben Geskin. Render published on the web by a leak expert indicating that Apple will set the front camera in the top frame of the screen very thin. If this report is confirmed, then we can actually face some kind of breakthrough. We know the user’s opinion about the madness doesn’t actually end even before it starts. The camera that slides out from the top of the house is accompanied by a fear of failure and the possibility of the destruction of the mechanism with sand. The camera that was placed on the cutout on the screen seemed less aesthetic. Apple’s solution seems to be the best, although it’s very hard to implement. I wonder how the company will tackle the problem of lack of light entering the sensor through the lens. 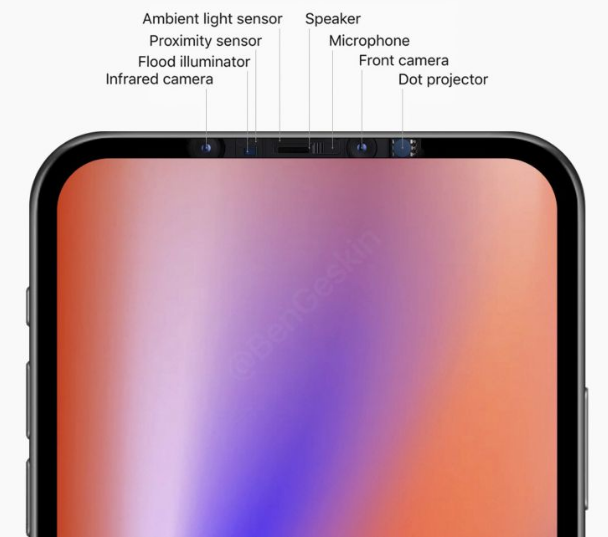 Perhaps the concept presented in the chart will only apply to one of the three new devices. However, it’s hard to expect that the other two will have a well-known design for years. Of course, we need to wait for more specific information on this issue and this is almost a year.