Skip to content
Homepage / Hardware / Samsung Galaxy A90 5G is officially, This specification 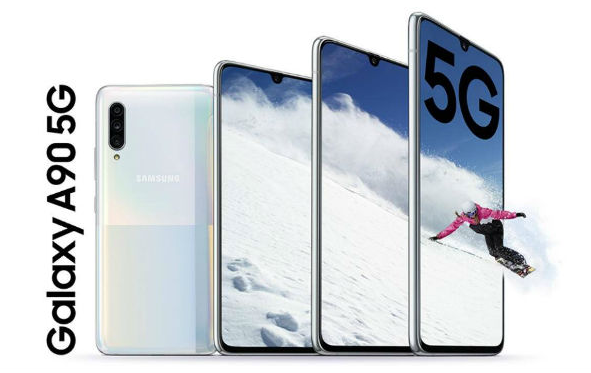 Samsung Galaxy A90 5G is officially, This specification – Samsung’s policy in the context of smartphones has not changed in recent years – although there are experiments that increasingly affect the line  “A ” belonging to the device from a medium shelf. This time, the Koreans launched the Galaxy A90 5G model, which can boast not only support for the top Qualcomm processors, but also compatibility, which until now is backed up for a much more expensive device.

The Samsung Galaxy A90 5G uses a 6.7-inch display that works at a resolution of 2400 x 1080 pixels. Entirely made in Super AMOLED technology. Under the housing we will find a Qualcomm Snapdragon 855 processor and 6 or 8 GB of RAM. The 128 GB space has been allocated to user data, with the option of extending this value to 512 GB using an SD card. The Galaxy A90 supports connection to 5G networks, but is currently limited. What else is waiting for us on this smartphone? Among other, three camera systems with sensors 48, 8 and 5 Mpix

Cameras, in addition to standard holes, allow the use of angular sensors and ultra-wide depths. On the front panel there is a selfie camera with a resolution of 32 Mpix. The long operation of the Samsung Galaxy A90 5G with a single charge is to provide a 4,500 mAh battery with support for fast charging with 25W. Sounds good. There is also a fingerprint scanner, which is placed directly below the screen of the phone.

Currently, it is not known for sure how much you have to pay for the Samsung Galaxy A90 5G-can be assumed that it will be the most expensive model in this series, but although all the price should be lower compared to the Galaxy S10 Mainstay.

The official Premier will already be Berlangsung 4 September in South Korea. 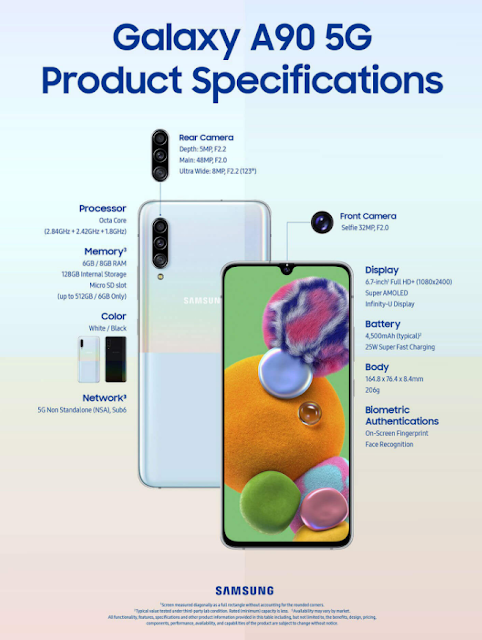