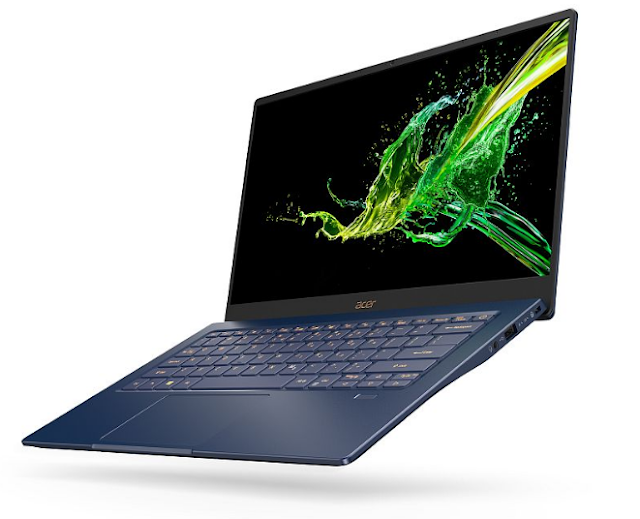 Techarticles.Me – Acer Swift 5 is 14-inch Laptop most Lightest the world’s. Since the IFA trade fair has just begun in Berlin, you can expect a flood of information about the premiere of new equipment. Today, Acer wants to show that he is the best at something. This aspiration is expressed by the presentation of the new Acer Swift 5 laptop, laptop is most lightest the world’s.

The performance of the fresh Acer Swift 5 is ensured by processors up to the Intel Core i7-1065G7, as well as the Intel Iris Pro graphics system or, optionally, the Nvidia GeForce MX250. Fast data Transfer is secured by PCIe disks with a capacity of up to 512 GB. The device weighs in the most expensive configuration, equipped with a 14-inch Full HD IPS matrix of only 990 grams. The gear weight is even fewer without a special Nvidia card.

Manufacturers ensure that the sleek Swift 5 laptop house complies with modern communication facilities. So here we have a USB type C 3.1 connector with support for Thunderbolt 3, a 6 dual band Wi-Fi card, a fingerprint reader and Windows Hello support.

The new Acer Swift 5 battery is designed to allow it to work up to 12.5 hours on a single charge. At the same time, thanks to the fast charging function, the battery can be recharged within 30 minutes from zero quite significantly to use the laptop for 4.5 hours.