WhatsApp will stop working on this device in 2020 – WhatsApp again updates information regarding the operation of the app on older and current devices. Apparently starting in 2020, millions of smartphones no longer receive updates or support for the program itself. Despite the fact that this case concerns the release of Android and iOS which is really old, believe that there are still devices on the market that operate under the control of such software-especially among parents. So who exactly can worry about lack of support?

After February 1, 2020, WhatsApp will stop working on devices using Android version 2.3.7. If users continue to want to use this app, they should upgrade to firmware version 4.0.3 or higher. Similar situations also apply to Apple, iOS. WhatsApp will not work on devices with iOS 7-The minimum software version required is iOS 8. 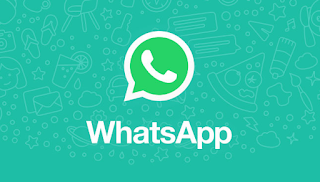 The updated FAQ Tab also reveals that WhatsApp is very reluctant for Apple devices that have jailbreak (the ability to access apps from outside the App Store and larger configuration options). All of this is mainly due to the security and risk of data loss by users themselves.

According to the popular WABetainfo website, WhatsApp actually ends support for smartphones with older software, but if you have a working account there’s nothing to be afraid of. If you want to sign in again, the program will not allow you to do this type of operation. Keep in mind in the context of even restoring factory settings on older smartphones.

As of 31 December 2019 There are also other events. After this date, WhatsApp will no longer support all Windows Phone operating systems-regardless of its version. So let’s update or change your smartphone.