Ad Blockers will stop working in Chrome in early February 2020 – By the end of May Google wanted to limit the likelihood of blocking ads on the Chrome Web browser, which is currently used by about 72% of Internet users. On social media, many people doubt that the content contained in Manifest V3 official documents will be implemented. So as evidenced by Chrome 80 Canary, where the changes have been made. 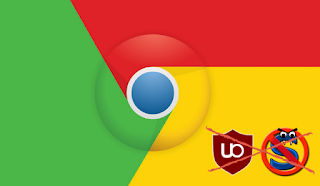 A V3 manifest is the end of the current AdBlocker

I remind you that Google postulated changes in the webRequest API used by leading ad blocking programs, including the popular Origin uBlock. The existing webRequest API lets you block ads from overloading your computer or using any Internet plan. The Mountain View Company believes that APIS are compromised and will prevent content from being blocked. The uBlock extension Builder has announced that after implementing new rules in the game, they will override the development of their ad-blocking plugin.

Change is inevitable and Chrome Alpha is already using it

The Canary version of Chrome 80 allows developers to perform the necessary tests on the new declarativeNetRequest API, which has replaced webRequest. What’s the difference? Extension makers that block ads should change the blocker behavior in such a way that they remove content only after loading the page and downloading it to the computer’s memory. As you might have guessed, it completely eliminates some powerful arguments for using adblockers.

P.S. Google claims that the change will bring improved extension performance. Maybe it does, but it will definitely slow down the page load.

Chrome 80 in the stable version will be released next February. With the premiere, the webRequest API will expire. The representatives of the Brave browser, Vivaldi and Opera have announced that they will not implement the new extension system proposed by Google, which will be added to the Chromium code. This may be a good time to consider switching to another browser.