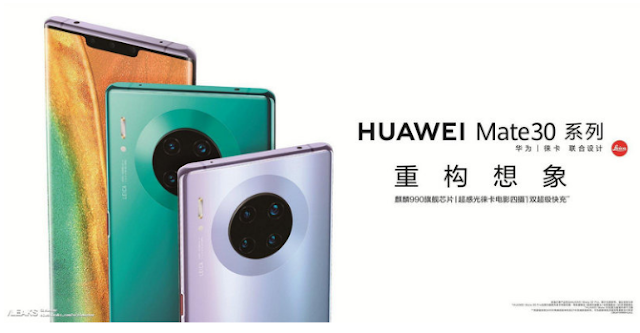 HUAWEI Mate 30 Smartphone will be presented on September 19 – The first release date of the Mate device will be very early this year. We would like to remind you that last year’s Mate 20 and Mate 20 Pro were presented at a London conference in mid-October.

This time, the flagship device will be officially presented in September-the inaugural screening will take place on 19/09/2019 in Munich. The show was officially announced on Twitter by China’s technological giants.

There are many indications that previous reports on the appearance of a Mate 30 series smartphone will be confirmed. The device must set the camera in a circle located on the back cover. Even slides that show the design have been leaked. One of them is below.

Mate 30 Pro can be another breakthrough in mobile photography. Of course, the device component will not disappoint. The only problem may be the US trade war with China, which strongly affects that group. Previous reports show that a Mate 30 smartphone can penetrate the market without Google services. This would be a significant limitation that could negatively impact Huawei’s top smartphone sales.

The event will be broadcast online, details can be found on the manufacturer’s website.