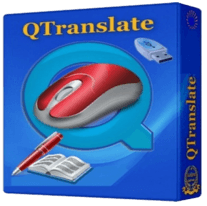 Techarticles.Me – QTranslate is a free translator that supports dozens of different languages from all the world. The program has the ability to speak text (Ctrl+E) and perform a dictionary search (Ctrl+Alt+Q).

QTranslate is a fast and very good software that translates a word. The Program uses an Internet dictionary. QTranslate is a translator for Windows 8/7/Vista/XP/2008 Server/2003 Server.