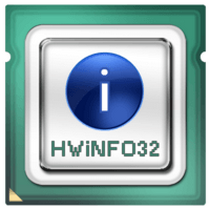 HWiNFO identifies all computer components and displays detailed information. The Program describes the functions and parameters of the processor, memory, monitors, optical drives, hard drives, graphics cards and music and other components included in the motherboard and USB connectors, network connection or battery.

HWiNFO also has a tool for reading temperature and voltages on each component. All measurements can be saved in the form of logs that automatically save to the corresponding text or XML files and HTML and tools to test the processor, memory, and hard disk.