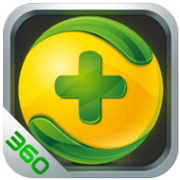 The software will find the unknown and suspicious applications in an isolated environment. There are also system tools that clean the hard disk and accelerate operating system startup.