Yahoo! in our country never enjoyed great popularity. However, the company was once a giant in the world. In 2008, Microsoft’s offer to buy its shares more than 44 billion dollars. However, after some time, the company began to decline. Verizon Communications Yahoo! eventually sold for less than $5 billion. The reason for this can be, among other things, data leakage where Yahoo! now she must pay compensation of 50 million dollars.

Google + closed after stealing data from about 500,000 users. Facebook scandal of Cambridge Analytica produced from attractive 87 million accounts. However, this is not okay. In the years 2013-2014, hackers stole data from Yahoo … 3 billion people.

In federal court in San Jose, the company reached an agreement with 200 million clients of the United States and Israel. Half of the money compensation of Verizon, and half the Alltaba Inc., the investment manager of the assets of Yahoo, which has already paid a fine of EUR 35 000 000 USD for United States Securities and Exchange Commission (SEC) because it was not notified at the time the public about violations. 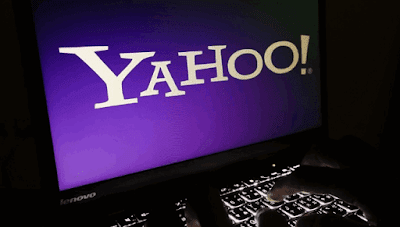 The injured person may claim compensation for the time spent to solve the problems caused by the leak of their personal data. One hour price court $25, while the maximum amount of time that could be spent on victims to solve problems set at 15 hours, which gives a maximum compensation of $375 per person. In the case of clients who could not document the amount lost due to leakage of the time, courts assume that it amounted to 5, which provides compensation of USD 125 per person.

Premium account holders who pay 20 to 50 dollars per year are entitled to a refund of 25% of the costs incurred. In addition, the victims will receive compensation monitoring service for loan application using the stolen personal data provided by AllClear, worth about $15 per month for the next two years.

Considering that it is only 200 million, which does not account for up to 10% of all affected. Truly awful, however, that each year we are less and less surprised by such a huge amount. But on the other hand – who really care about their data?

Google will shut down application in the year 2020

Lasso a Clone of the TikTok Application created by Facebook

Developer use the iPhone X make his face invisible