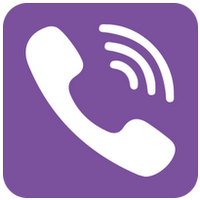 Techarticles.Me – Viber is a messaging and multi-platform voice call and video conferencing software to send text messages and image files simultaneously. Viber is an ideal alternative to Messenger and Skype.

Viber has gained tremendous popularity in mobile versions for iOS, BlackBerry and Android as well as Windows Phone. The Desktop version of Viber lets you do the same things as the mobile version and everything you need to access the Internet.

Login to Viber using your own mobile number and you can synchronize your contact list and all other elements along with the entire archive of the conversation.

Using the desktop version of Viber, you’ll get the best quality voice calls and video calls in HD, as well as the possibility of sending free SMS and digital photos. Viber is also characterized by low operating speed and memory as well as CPU consumption.