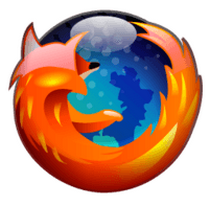 Techarticles.Me – Firefox is one of the most popular web browsers. Firefox based on the latest engine called Quantum can display Web pages twice as fast as competitors ‘ sites, and also has 30% less RAM requirements.

Firefox has received a new interface. In addition to a number of changes in algorithms, the Photon UI interface has been introduced with new toolbars and combined addresses and lookup fields, modeled on Chrome.

The new Firefox feature is located in the toolbar to collect the items visited and saved browsing history, bookmarks, lists from the Pocket apps and synchronized cards. There is also a special reading mode that improves article legibility. Users can change the font, increase or decrease the distance between words and lines, and choose one of three themes (light, dark, sepia).