Techarticles.me – This morning in Beijing, the official presentation of the series Mi MIX recently took place. This is the first smartphone in supply manufacturers, with the front camera can be drawn and special keys that enable Assistant Xiao-AI.

The emergence of the Mi MIX 3 is already known before. The most interesting element of the overall construction is the front camera can be drawn. Xiaomi informs that the slider contains a neodymium magnet that has been carefully calibrated.

When the screen is moved down, magnetic supports the action slider. Of course, the design of the slide it is susceptible to the flaw, the producers ensure that it hold 300,000 movements, which was confirmed in laboratory tests. 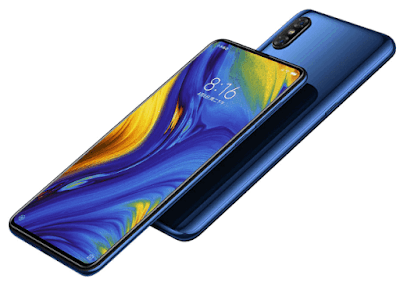 Sliding design allows to use the full-screen display of the real in this model. MI MIX 3 using Samsung AMOLED screen with diagonal 6.39 inches and a resolution of 1080 x 2340 pixels with a aspect ratio 19.5:9.

Importantly, the sliding bar can be customized to suit your needs, for example, to receive a call or launch a wide variety of functions. In addition, during play, the slider will allow users to access the screenshots, screen captures, or hides the notification. 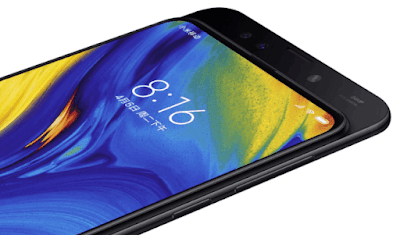 Thanks to the improvements implemented, Mi MIX 3 DxOMark tests in General ranks 103 points (similar to the Samsung Galaxy Note 9), are at the forefront of smartphone for photography.

Main specifications
MI Mix 3 has, of course, received the winning components. Not confirmed rumors about the new processors because the equipment is powered by the Snapdragon 845 630 Adreno graphics and system. The sale will be a version with 10 GB of RAM and a 256 GB of storage. There will also be a cheaper variant such as 6 GB + 128 GB, 8 GB + 128 GB or 256 GB + 8 GB.

There is the main communication modules such as 5.0, Bluetooth, WiFi and NFC 2 x 2 MIMO LTE with support for major global bands including B20.

A little bit of disappointment is the fingerprint reader, which was placed on his back. Previous reports suggest that it will be placed directly on the bottom of the screen like in Mi 8 EE or Huawei Mate 20 Pro.

Product price in China started from 3,299 yuan (6 GB + 128 GB). The mobile phone will be available in the coming months. Source: Xiaomi