Techarticles.me – The curved edges on the mobile phone may be liked or disliked, but they certainly differentiate the device from another device that has a standard form. The author of the curved edge trend is Samsung, which in the year 2014 introduced market Galaxy Edge. Until now, we have to deal with the device with a curve to the left and right. But for a moment, what about the edges of the top and bottom? 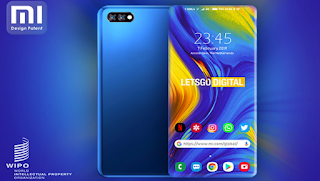 Responding to a call coming Xiaomi-company patented a few days ago the screen cell phone with four curved edges. What is not said, illustrated the demonstration looks great and I will not be offended if the Chinese really managed to make such a smartphone. Patent raises some questions. 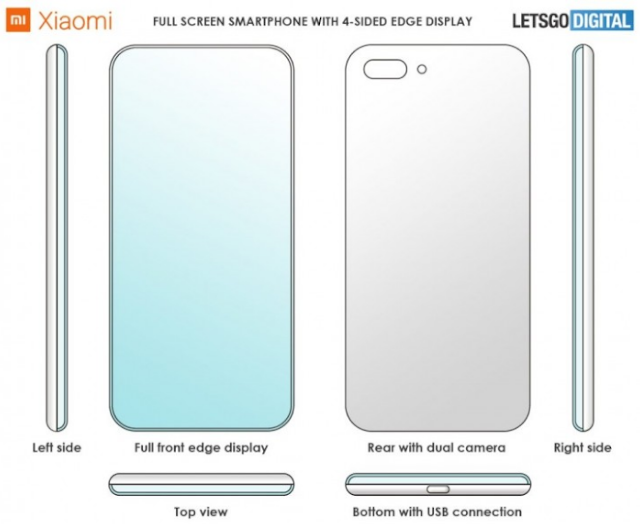 Most importantly, the fundamental is the front where the camera will be located, as in the graph above in vain to find it-possibly drawn out, but it seems to me that this idea no longer has a chance of being accepted in the community. Maybe Xiaomi specifically removing the black hole from the screen to illustrate that the user’s only focus on the rim.

Another problem is the because there is no button in the illustration. Here we have the possibility of similar-both Xiaomi wants to follow the path chosen by Meizu, or they have been disposed of for the purposes of a patent. The second option is more possible, but do not underestimate Xiaomi. No fingerprint reader on graphite, so that we can guess that it will be implemented under the screen.

Completely don’t expect quick announcement of a mobile phone with a screen with four curved edges, because maybe we will never see it again. However, it will be interesting to see what kind of the product with all its glory, which at the same time be very aesthetic and comfortable to use.