Samsung’s new patent OLED screen can be opened with fingerprint – LetsGoDigital site describes the latest Samsung patent, associated with the screen that can be opened. This type of technology can be used, e.g., for a tablet that can be rolled up, thereby reducing the amount of storage space needed.

Of patent rights, we learn that the screen will evolve from the metal element. The screen will be equipped with a magnet that allowed him to stick to the main part of the home.

Samsung screens that can be folded

The patents describe some form of device. We see the shape of the round and square of the main metal elements. On one of them there is also a fingerprint reader is used to verify the user.

What is this technology useful? For example, to produce a tablet after turned off will not be consuming too much space, but if it is expanded, it will offer a large work space. 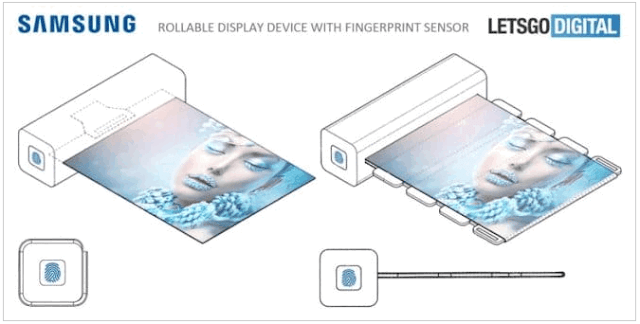 Samsung screens that can be folded

Of course, patented technology does not mean that in the near future this type of device will appear in the market. The document, however, may indicate that Samsung is working on a similar solution.