Samsung smartphones soon receive Android 8.0 Oreo – Samsung currently updating Android Oreo 8.0 for flagship device. In addition to the Galaxy S8 and S8 +, the update will also receive Galaxy Note 8. Everything indicates that it will happen sooner than we expect.

One of the users of Reddit inform at the store where he worked, was placed on the screen Galaxy Note 8, he received the Android update to 8.0 Oreo. Everything seemed to be an isolated case.

Samsung officially not start beta testing against the Galaxy system Note 8, while it’s one of those devices gets update as the stable version. This may mean that the work on the new system is slowly coming to an end. 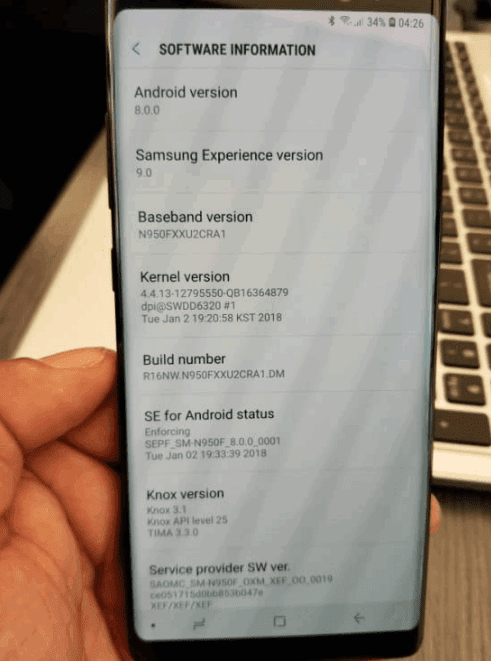 Photos provided on the network indicates that the update is marked with a unique number N950FXXU2CRA1. DM. This is most likely an internal test build. The site SamMobile says that it is definitely not a beta firmware.

Currently, it is unknown why the system was made available on a single device. Samsung is not in the habit of issuing an update to a small group of people.

However, this situation may indicate that the update was nearing completion and should soon debut on all owners of Galaxy Note 8.