It seems that Samsung would be seriously interested in the development of the smartphone in family Galaxy A with equipment that is based on Qualcomm’s Snapdragon processor 710.

This is without a doubt is an excellent choice when it comes to this type of 710 equipment dedicated to the smartphone. Unfortunately, we have no information about the RAM or the amount of internal memory, but this is certainly not the Galaxy A9, Smartphones Samsung Galaxy A7 that recently appeared on the Internet in in the configuration with four cameras. This equipment is based on the Snapdragon 660. 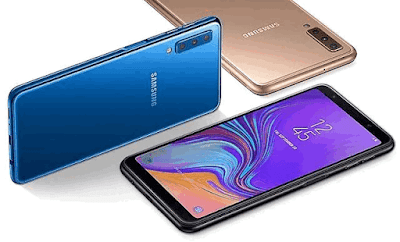 Mysterious representative of Samsung Galaxy A is 19.5:9, with a battery with a capacity of 3000 mAh. Smartphone from SM-G8870 also suggests that it would be a device that is equipped with a three lens is quite clear that we are entering an age of smartphones, where the two lenses are just not enough.

According to official information the new Samsung Galaxy A is expected to debut in January of 2019 it will appear on the market with Android Pie 9 OS onboard.