OnePlus 6T will be officially presented in three days during a special conference to be held in New York-the manufacturer even change the date due to the fact that Apple hosts the event on the same day. The flagship model 6T has appeared in a lot of leakage during the last few weeks, but this time we will know the official specs OnePlus 6T.

What is the main difference between the model OnePlus 6T and 6? Certainly the technology of fingerprint readers. Model 6T have readers built right into the screen and you will not find these elements in the casing of the device. In addition, we can expect the 6.4-inch screen with a resolution of 1080 x 2340 pixels. What else? Significant improvements to the second is a smaller notch on the screen, which now has the form  ” tears “. The front panel will display 20 megapixel camera selfie. The rear casing, in turn, will contain dual sensor for images of 16 and 20 megapixels. Under cover OnePlus 6T, manufacturers will put Qualcomm Snapdragon processor and 845 battery with a capacity of approx. 3.700 mAh 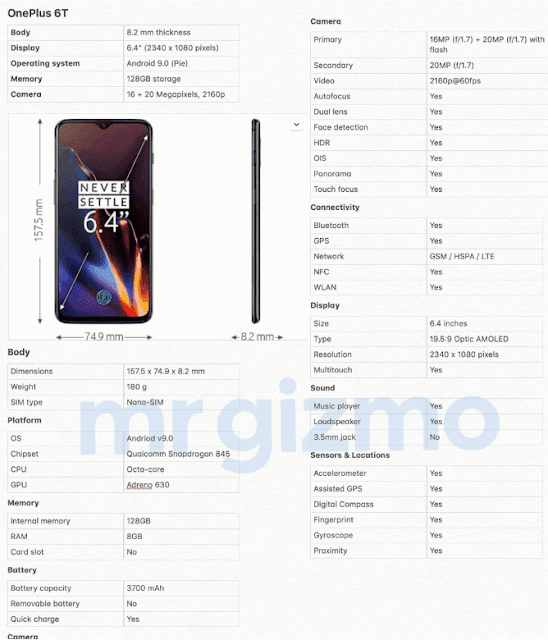 Users can also rely on the 8 GB of memory RAM and a 128 GB of space data-it is very likely that China will decide to introduce a weaker version with 6 GB of RAM and 64 GB of space data.

OnePlus 6T should operate on the basis of the latest Pie-Android smartphone will not receive jack headphones jack, but this can be expected. 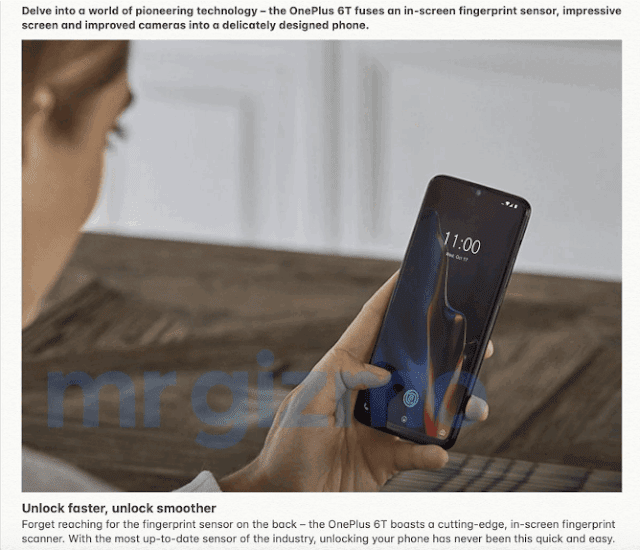 Unfortunately, rumors do not contain the most important information, i.e., how much exactly you will have to pay for new ships from Chinese manufacturers. Previous information showed that rates will begin approximately $650 per unit, but this is not fully confirmed. Fortunately, there’s not much time left for the premiere.