Amazon will also produce its own processor – Recently, we have observed an interesting trend in the tech industry – almost every manufacturer of a mobile device and server solutions created the system processor and ARM themselves. Samsung its own Exynosy, Huawei is working on the development of the Kirin all the time, but there’s Intel, AMD and MediaTek. Now he wants to join the Amazon among the tycoons.

Theoretically, this is a solution that is quite surprising, because online shopping giant never reveal major signs of interest in the hardware industry. However, a new idea from Jeff Bezos’s company is to reduce costs in one of the most developed elements from operating Amazon-data storage in the cloud. 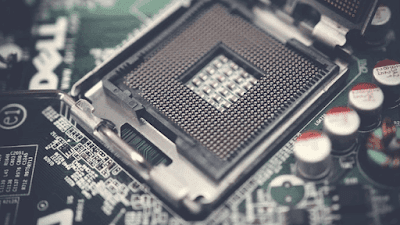 Amazon Web Services infrastructure manager Peter DeSantis has just presented a processor ARM Graviton. Its use will allow the implementation of new systems cloud computing, but above all it will contribute to a significant reduction in the cost of server maintenance provides savings up to 45%.

The fact that the development of cloud services is a major problem for the Amazon who convinced with the latest financial results of the group. While income from operations increased 10% online store, cloud services increased by 45% during the same time period. So it looks like it will soon become one of the main factors that make up the profit and Jeff Bezos, the company’s assets so it is not difficult to understand that companies fight for every dollar she tube.

For now, the new ARM processor will use a server that is located on the East Coast and the Western United States, as well as in Ireland. Amazon with alacrity avoid potential royalties that can arise when using an operating system that is distributed by Microsoft-three Linux distributions used to manage network infrastructure: Amazon, Linux, Red Hat Enterprise Linux and Ubuntu.